Bray Wyatt was released from WWE recently due to ongoing budget cuts in what was an utterly shocking move, as he was easily one of the most over and popular superstars in the company.

We previously reported at The Ringside Roster that prior to his release Bray Wyatt had also grown frustrated with WWE creative, after several failed attempts to bring him back to TV since WrestleMania 37 and the handling of his Fiend character.

Wyatt wasted no time after his release and has already started to tease a possible new character for himself and wherever he decides to go next. Wyatt who’s real name is Windham Rotunda recently changed his Instagram account to include “Kult of Windham”. 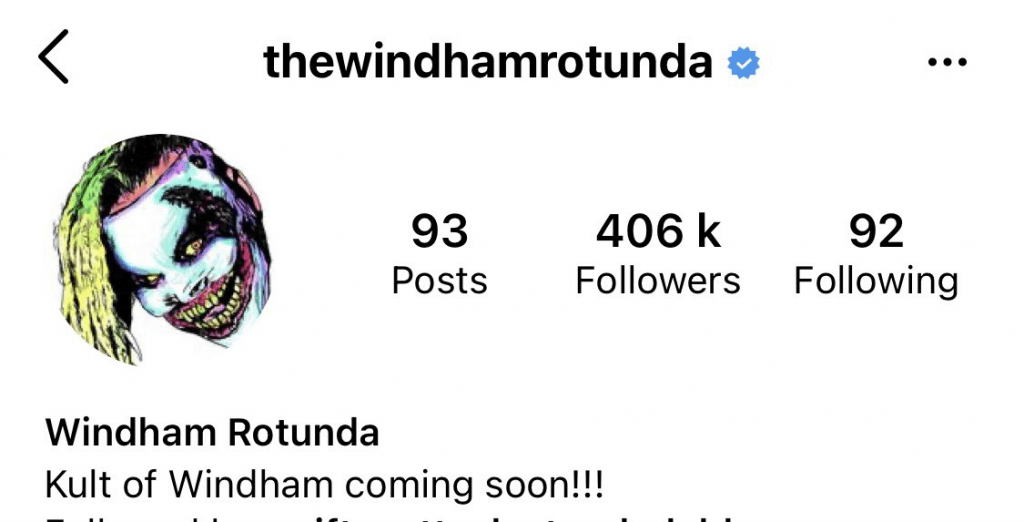 We’ll have to see where Wyatt shows up next after his 90 day-non compete clause is up…unless of course he can get out of that like some others have been able to do.

It’s worth nothing that Braun Strowman has also indicated that he’s waiting to rejoin Wyatt somewhere as soon as possible, so we’ll have to see what happens.

What do you think of the Kult of Windham? Let us know in the comments.