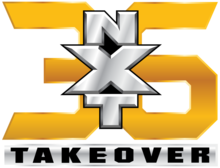 Ridge Holland defeats Trey Baxter. He then tells Timothy Thatcher that he hopes he was watching.

And just like that, @RidgeWWE powers his way to victory on the #NXTTakeOver 36 Pre-Show! pic.twitter.com/PJ6Y7XLf3s

"TIMOTHY THATCHER… this is a look into your future!"@RidgeWWE is on a path of destruction in #WWENXT.#NXTTakeOver pic.twitter.com/XNulSnMLGa

Cameron Grimes defeats LA Knight to become the new Million Dollar Champion. During the match, Ted DiBiase attacks Knight on the outside and puts him in the Million Dollar Dream before rolling him into the ring where Grimes picks up the win.

AND NEW MILLION DOLLAR CHAMPION! 💵@CGrimesWWE does it at #NXTTakeOver 36! pic.twitter.com/eLYDFDgLmt

Kyle O’Reilly defeats Adam Cole in a 2 out of 3 falls match.

What did you think of the WWE NXT 36 Results 8/22/21? Let us know at The Ringside Roster in the comments.