WWE 2K22 is WWE’s newest video game which is set to come out this year for all major consoles.

The company actually took some time off after WWE 2K20 was deemed a failure, and caused a lot of issues for fans trying to play the game including a ridiculous amount of glitches.

Fans missed out on WWE 2K21 but it may be for the best as it hopefully gave them time to overhaul and significantly improve things, which is honestly much needed. The original trailer looked promising, but we can’t wait to get our hands on the final product. 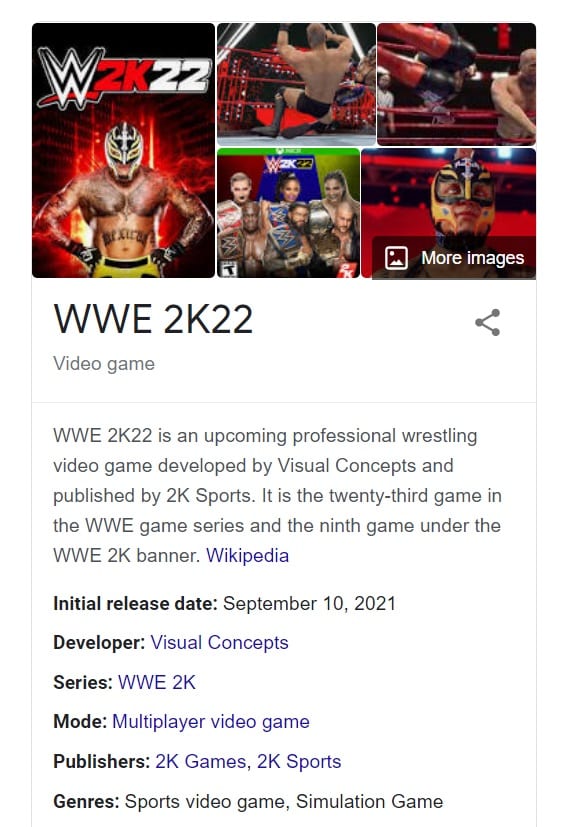 It’s unclear exactly where this date came from as no official release date has been announced yet. However, should the game release in September fans will no doubt be happy as it will be a bit sooner than expected.

We should hear more about 2K22 at SummerSlam which is when an official date should be announced.

Are you excited for WWE 2K22? Let us know at The Ringside Roster in the comments.